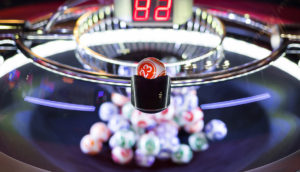 Bingo is traced back to Italy in 1530 where it was an Italian Lottery from where it moved to France and later to Germany. Bingo is one of the very few gambling forms that is played by young and old, including various locations anywhere from casinos to churches and even care homes.

In 1996, the first online bingo games launched as Bingo Zone and two years later Bingo Blitz followed. In traditional bingo, bingo balls are used, while random number generators are used in online bingo. Different casinos and bingo halls apply their own rules; however, the basics are simple. You have more than one version too, with American Bingo playing with 75 numbers and European Bingo having 90 numbers.

90 ball games have 27 squares that contain nine columns and three rows. Every row has four blank squares and five numbers. Any possible number between one and 90 appears on a bingo strip and if you play 40 ball bingo you obviously have fewer numbers.

You would deduct that 90-ball bingo is more difficult than 40 balls, but casinos often only have 90 or 75 ball bingo variants. You need to cross off the bingo board numbers as they appear or are called, and you will win according to the pattern drawn.