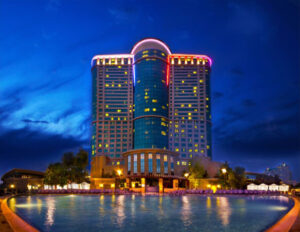 It was 1998 when Gavin visited Foxwoods Resort Casino in Mashantucket, Connecticut. As a result, he made it to both final tables of the World Poker Tour. A year later, he won the WPT World Poker Finals No-Limit-Hold’em main event.

It was also Gavin Smith who won a Seven-Card Stud Hi-Lo 8 or Better event at Foxwoods in 2000 for a second time. Getting acquainted with Erick Lindgren made Gavin Smith’s poker even more interesting. Gavin Smith was coached by this new friend to improve his strategic play. In the process, both became Full Tilt poker representatives and finally joined the ranks of high rollers.

His first US poker event was a Seven-Card Stud Hi-Lo Split event in Atlantic City in 2000, where he finished fourth. In 2003, Gavin again won a big poker game at Foxwoods. The WPT Poker Finals saw him finish second behind John Cernuto. His first major big win came in the form of $33,630. As a bonus, he won this tournament against Kenna James, a poker pro generally regarded as a genuine player.

In the years 2003-2005, Gavin spent more time playing tournaments than cash events. The outcome was very good as a result. Ten out of 14 events saw him finish in the top three and he finished first in four.

When he won the WPT Mirage Poker Showdown in Las Vegas in 2005, he finally made his big entrance into the real poker community. The final table saw Gavin defeat Ted Forrest and scoop $1,128,278. A few months later, he finished third at the second annual Doyle Brunson North American Poker Championship. During the 2006 WPT final table, he finished fourth. He was later named the fourth-season WTP Player of the Year.

As a member of the WPT North American Poker Championship in 2008, Gavin Smith finished in second place. In this Niagara Falls tournament, he won $542,129.