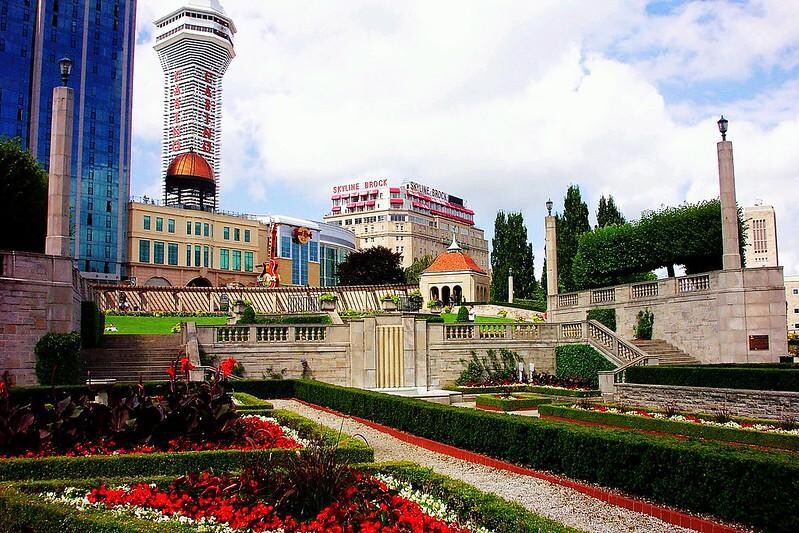 Spin Casino, which has also been historically known as “Spin Palace Casino”, has been revered as one of Canada’s best iGaming platforms.

Under its new skin, which was attributed in 2019, it has continued to go from strength to strength, broadening its available range of games and providing a generous welcome offer to all new players.

In this Spin Casino review, we’ll take a closer look at what the site has to offer and consider why it’s so popular amongst Canadian players!

Spin City has certainly moved to create a generous and appealing welcome offer, and one that’s spread across each new player’s first three qualifying deposits.

This creates a total bonus up to the value of $1,000, with three 100% deposit matches worth $400, $300 and $300 respectively made available immediately once the associated T&Cs have been met.

To qualify for each leg of the promotion, you’ll have to credit your new account with a minimum of $10, while every single deposit match is subject to wagering requirements of 70x the total value of the bonus.

Make no mistake; this is an incredibly hefty wagering requirement when compared to other operators in the marketplace, and one that may deter casual players from depositing their hard-earned cash.

After all, even those depositing the minimum amount of $10 will receive $10 in their bonus balance and have to play through $700 before making a withdrawal. These requirements will have to be met within 30 days too, so they’re quite prohibitive for casual players with relatively small bankrolls.

How Many Games are Available at Spin City?

There are well over 800 games available at Spin City, with this number unsurprisingly dominated by slots.

In fact, there are close to 500 slot games on offer through the platform, including iconic titles such as Starburst and Book of Dead.

To this end, some of the world’s most skilled software houses are represented on the site, including Microgaming, NetEnt, Play ‘n GO and Evolution Gaming (who power the platform’s fast-growing live casino).

Other verticals are well represented too, including various iterations of blackjack, roulette and baccarat. The site also hosts a number of relatively niche verticals, namely craps, video poker, Keno and even Sic Bo (which is a cult favourite dice game that originated in China).

In addition to boasting a large and particularly diverse range of games, Spin City also has a published payout rate of 97.59%. This is calculated across all iGaming verticals, and it means that players can expect to recoup more than £0.97 for every £1 wagered through the platform.

This is a highly competitive RTP rate, so it’s definitely a site to consider if you’re in the market for fun and games that offer incremental returns.

Is There Good Customer Service at Spin City?

Like most modern and independent casino brands, Spin City has built its reputation largely on proactive and high quality customer service.

This is underpinned by an incredibly accessible live chat feature, which is available 24/7 and usually sees queries answered within a matter of minutes. The agents here are incredibly friendly too, so you can talk through more complex issues and arrive at a viable solution.

The site also has an email address through which you can resolve less urgent queries, especially those that may be a little more complicated or harder to explain.

Of course, the response time here is a little slower, but you should still expect an agent to make contact within 12 hours or so (although this may increase slightly during busier periods).

So, there are various channels through which you can contact the team, with this offering genuine peace of mind and helping you to enjoy an optimised experience online.

Ultimately, there’s good reason why Spin City is considered to be one of the best iGaming platforms in Canada, with the platform having worked hard to carve itself a viable niche in the marketplace.

The welcome offer is particularly appealing, of course, with a maximum value of $1,000 that’s spread across your first three deposits as a customer. Sure, the wagering requirements are a little higher than usual, but this is compensated for by the total value of the bonus and the potential prizes on offer.

With a large and broad range of games also augmented by an excellent payout rate and outstanding (and accessible) customer service, this is definitely a site that’s to be recommended to online casino goers in Canada.