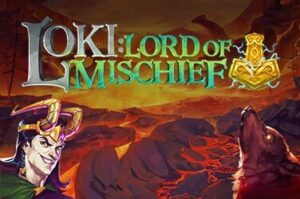 Loki is a well-known character, and the Lord of Mischief. Blueprint Gaming’s slot captures him superbly in their game, Loki Lord of Mischief, a 20 paylines 5 reels slot with an RTP of 96.00%. It’s a feature-rich game with Lux Reels, Super Lux Reels, Lucksome Locks, Bonus BUY, gamble Option and a Feature Upgrade. It’s available across all devices with stakes ranging from 0.20 to 200.00 per spin. Casino sites offering the best online pokies in australia and worldwide offer this compelling slots option.

Let’s start with Loki, he is the mystery symbol and during the main game, he changes to the money scatter symbol and assists in triggering the Lux Reels feature. Should Loki and Thors Hammer land simultaneously, one symbol on each reel gets converted to a money scatter.

To trigger the Lux Reels, feature there must be 6+ money scatters in view, players then receive 3 free spins. If new money scatters land, the spins get reset to 3 and if Loki lands, he turns into a big value money scatter.

When the Tree of Life Bonus symbols land on the middle three reels, the Super Lux Reels feature gets triggered, and players must choose one of the three options:

This casino games slot is an enjoyable one and well rounded off by the soundtrack and visual presentation plus the transparency that’s become the hallmark of Lucksome titles. It offers a max win potential of 5500x your stake and it’s a feature-filled slot by Blueprint Gaming