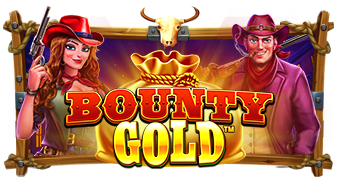 Bounty Gold has three rows and five reels, and it’s all about Wild West action! Best australia online casino and other top casino sites offer this cool, wild west style slot game. There are 25 paylines on this Pragmatic Play slot and a Money Respin feature that can be triggered by landing at least six Money symbols anywhere on the reels. The game is split into four reel sets, each with five reels and three rows.

Wild symbols are only present on reels 2, 3 and 4, and they help complete winning combinations by stepping in for all other symbols. This dusty old town’s only feature is the Money Respins round, triggered when you land at least six money symbols on the screen simultaneously.

The wild symbol has no value of its own, while the four premium symbols pay between 3 and 8 x your stake for 5 of a kind wins. The triggering symbols become sticky on a new and otherwise cleared grid during this feature, and you can unlock up to three extra 5×3 grids.

You receive three respins at the beginning, and each time you land a sticky money symbol, you get another three respins. You can access the three extra grids by landing 9, 18 and 26 sticky money spins. The games fast pace and theme make it popular with the usa online casino crowd.

Bounty Gold slot may appear like one of the classic hold & win slots, but as you progress into the bonus, you can unlock additional reel sets, which raises the excitement levels. As a high volatility game, you can expect to hit your fair share of low paying bonuses, but High Volatility slots are known for infrequent wins, but when they do pay, the win is generally much higher than a low volatility slot. Pragmatic Play has delivered a decent effort overall, and the demo play is worth a spin at the very least.